I’ve flown a few dozen times in the USA with one or more legal machine guns on my way to subgun matches across the country. During those trips I’ve refined how I travel with firearms and here are the lessons I learned.

Insurance
First and foremost if all else fails you should have insurance. I’ve used insurance from Historic Firearms/ Eastern Insurance in the past as well as Collectibles Insurance which costs about $120 a year for $30k in coverage and less of course for lesser amounts. The coverage covers all my guns and gear while in transit. So the moment I leave my front door everything is covered, from my accessories to my gun.

KNOW the facts
Secondly not everybody you deal with in life is smart or good at their job. Airport workers and TSA are no different and for that reason you should carry with you both the TSA regulationson traveling with firearms and ammo as well as the regulations for the particular airline you are traveling on which can be found on their website. (American, Delta, US Airways) . Sometimes you may encounter a confused employee who insists you are in the wrong. Don’t be afraid to point out the information you have from their own website to prove your point. Issues usually arise in regards to the number of firearms or suppressors allowed per bag or the weight and packaging of ammunition. Kill them with kindness and facts. Some airlines insist the rounds be in the original manufactures packaging.If you reload and you put your rounds into the plastic reload boxes YOU are the manufacturer so their objections are moot and you may have to explain that to a supervisor if they don’t comprehend that you make your own bullets.

Check out my Weather Equipment
I pack my guns in a Pelican 1600 case which has served me well for a decade  now. It’s dedicated for my guns and I usually travel with an Uzi, 10 magazines and a pistol or two. The bag you put your guns in should  in no way identify it as a firearm container. Putting something like “weather instruments”, “radio tubes” or “machined parts” or similar on the outside pretty much labels your bag as junk to the luggage monkeys once it’s past security which may reduce the chance of them wanting to even look inside let alone steal it. They can ransack the Louis Vuitton bag behind mine instead.

Department of Redundancy Department
The one thing I have learned is that the standard at the TSA and airport check-in is that there is no standard at TSA and airport check-in. Some folks behind the counter ask for you to show the firearms clear, others don’t. The main thing is to be polite and professional. Even though the petite old lady behind the counter may not know which end the bullets come out of when she asks you to “show me the guns are empty” you need to go through the motions. She’s doing her job, so you do yours as a good traveler with guns. Often the folks behind the counter will simply give you the big red card that you sign stating the guns are clear and you put it in your case and that’s it. Just like at the range you are responsible for your gun so make sure it’s clear. One round in a magazine or in the chamber can cost you a lot more than just a delayed flight. I get a kick out of the reaction from other passengers in line as the distinct sound of a gun locking open is heard . I really wish they had a more private area to do the clearing at as I’ve seen people walk out of line and scurry as if they thought bad things were about to happen. It is what it is I suppose.

Look but don’t touch
Depending on the airport you may have to take your bag to a TSA screening point where they x-ray your bag as you stand there. If this is the case and they decide they need to open your bag (sometimes I think it’s to just look at the toys inside) then you will have to provide them with a key or combination for your locks if they are non-TSA locks. If you have a gun case with multiple layers TSA agents in some airports won’t be able to physically touch your guns or even the top layer of foam to look at the bottom layer. (Silly right?) So in some instances I’ve had TSA ask me to lift the top layer of foam so they could look under it at the bottom layer (where 10 magazines and the Uzi are). Your mileage may vary but again, let them do their job, they are forced to check luggage all day so don’t pick this as the time to rant about the second amendment and the government intruding on your rights… save that for the “inter webs” and people who care.

I’d like to give a shout out to Mike in the (313)
The other end of the spectrum is that some airports just toss the bag on the belt like the others and the TSA screening is done on a lower level out of your sight. As mentioned previously use Non-TSA locks on the outside of the case. The my personal choice is the brand “Peli-Lock” and they are solid brass combination locks so I don’t need to worry about losing a key. On the inside top layer of foam I include a pair of replacement locks in the event the TSA had to cut mine. I also put in a note on the top layer that states who I am, what my cell # is and where I am traveling from and to and what flight I am on as well as an alternative contact number (my wife) in the event I’m not available. The letter also asks them to call me if they open the case. Only once they cut my locks and a nice guy named Mike from Detroit’s TSA called me to let me know. TSA in general seem to be pretty cool cats from my experience. The goal of the note is that wanted to remove any reason anyone could possibly have for not doing “the right thing” when handling my gear. There is no reason it would be sitting somewhere opened without me knowing about it.

Sometimes I feel like somebody’s watching me
The outside of my case has a few custom markings so I can easily ID my bag and near the latches a sticker that clearly reads FOR ACCESS CALL and my cell number. Near that is a sticker that says GPS TRACKING ID 12F56324. They may not fear arrest for stealing but the little thieving bastards might fear the notion of satellites tracking my bag and them with it.

I touch myself
As competitive shooters we are all are very comfortable with all things gun related. That means that on occasion we may not think twice about tossing an extra magazine into our laptop bag or putting a round we picked up at a match after we showed clear into a pant or shirt pocket. I can’t stress this enough, search everything before you fly. What many of us take for granted such as single primer, an empty magazine, or projectile forgotten can end a trip before it even gets started.

So far so good
I’ve had about a dozen or so trips with $8,000+ in firearms equipment in one case and no major issues besides two cut locks and the numerous silent prayers when waiting at the baggage claim area saying “please let my bag come out next”. I never feel 100% good about traveling via air but having insurance is a HUGE comfort and it’s affordable.

anyway.. that’s my 2 cents and I hope it helps. You can’t remove all the risks but you can mitigate them.

No images found!
Try some other hashtag or username 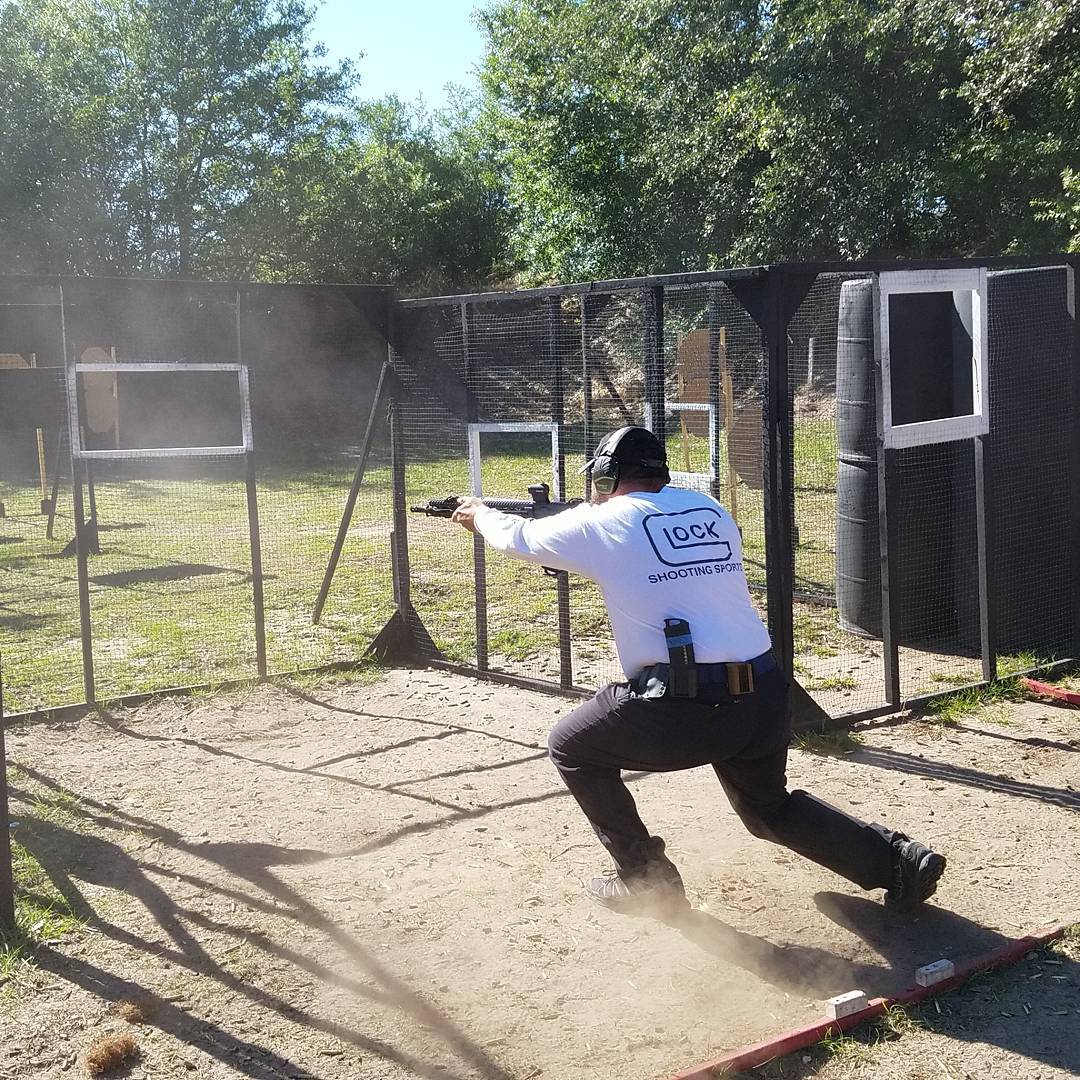 Sign-up for our newsletter! We email once or twice a month and send event announcements for 3GUN at Homestead Training Center.